How many Christians are there in Kuwait?

In Kuwait, conversion from Islam to another faith is not officially recognized and is likely to lead to legal problems in personal status and property matters. Converts to Christianity from Islam face discrimination and harassment from their family and community, intimidation from Islamist groups, and even police monitoring.

Expatriate Muslims who convert to Christianity experience the same levels of pressure as they would face in their home countries, as they often live within their own national or ethnic communities.

Because of the potentially severe consequences, it is almost impossible for converts to reveal their new faith, which is why there are hardly any reports of Christians being killed or harmed for their faith.

Although expatriate Christians are relatively free to worship, finding a place to meet is often difficult. Christians must be very careful when sharing their faith, since proselytizing is illegal and they could be expelled from the country.

Who is most vulnerable to persecution?

Christian converts are most vulnerable to persecution because Kuwaiti society is highly conservative and leaving Islam is regarded as a betrayal of the family and tribe. In many cases, converts are alienated from their families because of their conversion. Expatriate Christians with lower levels of skills are more likely to face discrimination and abuse, especially female domestic workers.

What has changed this year?

Little has changed for Christians in Kuwait, despite the country dropping a place on the World Watch List. While expatriate believers remain relatively free to practice their faith, converts from Islam continue to face severe opposition from both their families and communities—and, if anything, this hostility has only increased over the past year.

What does Open Doors do to help Christians in Kuwait?

Open Doors supports the body of Christ on the Arabian Peninsula by organising prayer, distributing Scripture resources, and training believers and pastors.

How can you pray for Kuwait?

a PRAYer for Kuwait

Dear Lord Jesus, many of Your children in Kuwait have experienced suffering. Heal, comfort and restore them. Protect our brothers and sisters from harm. May homes, workplaces and communities be safe places. Continue to enable Christians to gather safely for worship and prayer, and help isolated believers to find fellowship. Give Your people wisdom, boldness and protection as they look for opportunities to tell others about Jesus. Amen. 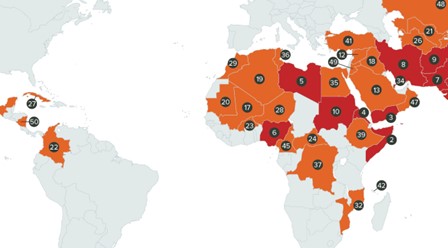 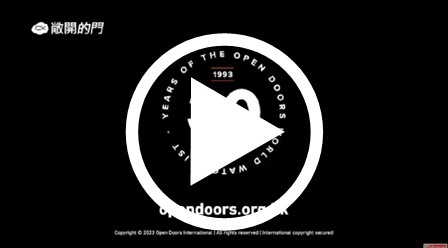